The impact of the coup in Guinea on Aluminium price

The impact of the coup in Guinea
on Aluminium price

On 5 September 2021, a coup d’état took place in Guinea, “the world’s aluminium country”,
and it is not known how the political situation will develop, but there is one thing that deserves our attention.Guinea is an important layout for China to get rid of Australian bauxite restrictions, and more than 45% of China’s bauxite imports in 2019 already come from Guinea.
This coup will undoubtedly affect the bauxite, aluminium and related industries.

According to FT sources, Guinea provides about 25% of the world’s bauxite, with the majority supplied to China and Russia. According to Bloomberg data, Guinea ranks second in the world for bauxite production in 2020. Public information shows that Guinea has the world’s largest proven bauxite reserves. 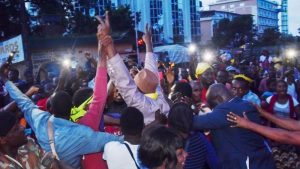 As China’s first bauxite import country, Guinea 5 coup triggered aluminum ore supply concerns, even after the head of the military government urged miners to continue operations, futures still keep rising. 7 September, Shanghai aluminum futures continue to rocket upwards, breaking through 21800 yuan / ton, refreshing 13 years of new highs. Since late November 2020, aluminium has opened up to new record highs, with ingot prices continuing to rise from RMB14,000-15,000/tonne previously, and by the 7th, ingot prices had risen to a maximum of RMB21,830/tonne, a new high since 2008.

This year, aluminum prices rose about 40%, Guinea coup undoubtedly to the market on fire, or into the plight of the cook without rice, the rising flood of power has been unable to hold down the momentum, crazy aluminum prices, so that the aluminum processing industry practitioners struggling. They dare not change the pricing of products at will, most of the current wait-and-see, only hard resistance.

Aluminium price madness, there are aluminum a month up 5000RMB/TON 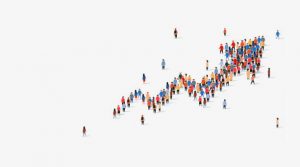 During the new crown epidemic in 2020, aluminium ingot spot once fell to near RMB 11,200/tonne, then rebounded to RMB 14,000-15,000/tonne. Starting in late November last year, aluminium prices rose again and gradually broke through the 2017 highs, with steep cost increases for mid- and downstream enterprises in the industry chain.

All the way up the crazy price of aluminum, so that the cost control ability of weak small and medium-sized aluminum processing and related applications of enterprises is difficult to digest alone the pressure brought by rising raw materials, into a difficult “sandwich”.

Some analysis points out that this round of raw material price increases, in fact, disguised push up the industry entry threshold, accelerating the supply chain, manufacturing chain and the share of the industry chain to the leading industry rapid concentration.

Currently, small and medium-sized enterprises in the aluminium sheet processing industry have been working hard all year round, providing many jobs for the people and being stepping stones for the industrial economy. But they are weak in risk resistance, but also in financing, public resource sharing, social concerns, etc. are relatively at the fringe end: a large market fluctuations and risks, playing a capillary role in the economy of small and medium-sized enterprises, often the first to lose blood, the least likely to be replenished. Even if they are in difficulty, they will not be as concerned and valued, or even rescued in an emergency, as some large enterprises that occupy a lot of social resources.

For the immediate future, mid- and downstream aluminium enterprises should optimise their product structure and increase the number of high-end products with high technological content, while also working on efficiency and effectively enhancing their core competitiveness.

This site uses Akismet to reduce spam. Learn how your comment data is processed.